A little nerdy bundle of crazy fun with way too many books in my TBR pile to be buying more. That hasn't stopped me before, though. 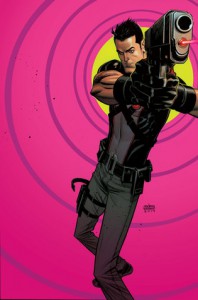 It took me a minute to fully immerse myself in this, but once I did, I loved it. Grayson is a new twist on the traditional Nightwing and Dick Grayson persona. The plot is crazy and sometimes a little convoluted, but overall pretty good. I also really like Helena as The Matron in this. The artwork is also incredible, and Dick has never looked better. I also think this series gives us even more insight into Dick's choices as Nightwing and how he feels about Bruce and the rest of the Bat Family. I can't wait to see how it's going to end.
Tweet 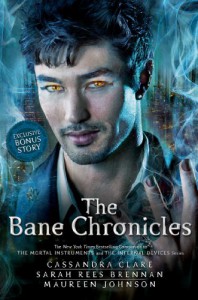 I absolutely love this collection of stories. It was so good and nice to understand Magnus Bane's point of view. I absolutely loved the voicemail story at the end of the book. The fact that everyone was so keen on getting to Magnus and getting him to make up with Alec was beautiful. In general, though, I just love Magnus and it was so nice to see things from a non-Shadowhunter point of view. I love The Mortal Instruments series, but the reason why The Infernal Devices and now The Bane Chronicles are my absolute favorites is because they take into consideration the viewpoint of the people who are marginalized by the majority. I want stories from each Downworlder perspective, to be honest. I think it's refreshing and fascinating and shows more of a complete magical world then one that solely focuses on Shadowhunters.
Tweet 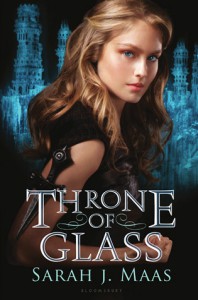 It took me two times to get into this book, and get used to Maas' writing. However, I have and this book is freaking awesome. The world building, character development, and twists and turns make you fly through the story. Celexa is freaking hilarious and awesome but still functions as a multifaceted and complex character with common sense. She's one of the first that didn't annoy the hell out of me throughout the entire book. I can't wait to read the rest of the series!
Tweet 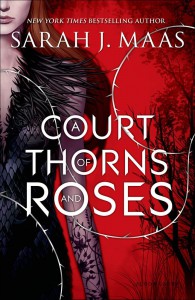 A wonderful high fantasy retelling of Beauty and the Beast! This book pulled me out of my reading slump and into a crazy but well-established world of humans and fairies. I need a sequel like yesterday. I can't wait to read Throne of Glass!
Tweet 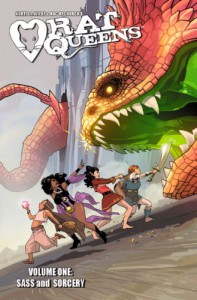 Amazing, hilarious, slightly NSFW, full of good messages and just craziness. Everyone needs to pick up this comic, especially if they like anything fantasy.
Tweet 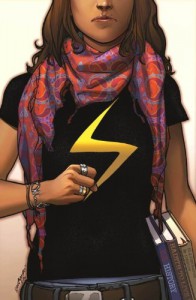 Representation matters, and is so well done (in my opinion) with this comic. Kamala Khan is a wonderful addition to the Marvel universe, and the best person to take up the Ms. Marvel moniker. She is the next generation of superhero, and it looks so promising. I adore her and the way this comic is.
Tweet

The Song of Achilles 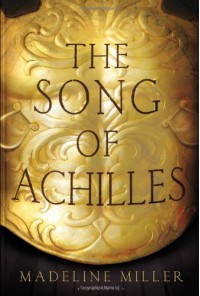 I greatly enjoyed this take on The Illiad and the relationship between Patroclus and Achilles. It was well written, very well paced, and had just the right amount of intimacy. There was a fair amount of mythology woven in, which I appreciated, giving the story a connection to the original work. This book seemed like it was written by Patroclus, and then by his ghost, and was wonderfully sad.
Tweet 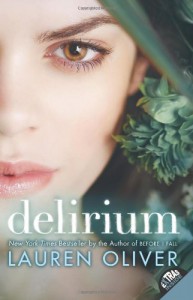 The world-building of Delirium made me appreciate it completely, though I'm not really big on books with love stories or "love will find a way" kinds of plots. I strangely was under the impression (just from word-of-mouth about the book) that people had a legal choice in choosing whether or not they could be cured, so it was a nice and interesting surprise when I found out the contrary through actually reading it. Pacing was good as well, though I must admit, it would have been cooler for Lena to receive the cure and then it not work. The ending of the book seemed to mirror many other dystopian novels, with our protagonist escaping their corrupt regime and joining the resistance. Just once I'd like for the regime to "seemingly" win, and then it would turn out that whatever brain-washing or game they put the protagonist through didn't work. Overall, a decent novel, just not really for me, maybe. 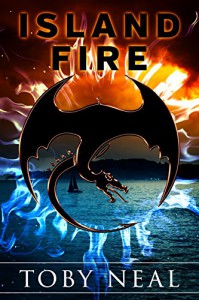 Island Fire was an exceedingly well paced adventure with a light supernatural element and fully fleshed out main and supporting characters. The main points of view switch between Bea and her brother Sam, the teenage children of an alcoholic father on the island of Lanai, and Nick, a teenage pickpocket headed to Maui to live with his grandparents. Their worlds collide in a very LOST-y kind of way, with all the technology has been fried and they must rely on natural instincts and survival skills in order to set their lives right again. Toby Neal captures the essence of being a teenager in both Bea and Sam very well, as well as sibling relationships and the complicated and warring feelings toward an abusive father. This story seems more like their story, though, with Nick more so as a supporting character who gets some time to shine occasionally. This isn't necessarily a bad thing, since Bea is the obvious protagonist in the novel.

My only real complaint would be not finding out why and how the technology ended up dying out on Lanai, as well as on surrounding islands. I would have liked to have had a series of these books, maybe, with Bea and Sam being apart of some kind of huge cover-up or being "chosen ones" that must save the world from a supernatural element bent on destroying it. That would have upped the adventure and supernatural/thriller/suspense element for me, but it's also okay without it. It's all in all a nice coming of age story in a survival setting.
Tweet

This book is bloodydamn amazing, for starters. It's set in a dystopian society, which seems like it'll be the typical "protagonist introduced, protagonist gets loved one taken away, protagonist rises up and fights" type storyline, but it is inherently different and vastly intelligent. The reader gets a sense of a brutal honesty in the mind of Darrow. His character does not mask his feelings for his wife or his desire to get ahead at the Institute or anything, really. That particular take on a first person narrative is refreshing. There were many twists that I liked, ones that the reader may believe to go one way (because it would seem to be the obvious way), but then would completely surprise them. This book may pull on some dystopian themes to start, but it goes in a completely different direction. I'm also a sucker for anything using Roman and/or Greek mythology, so naturally this book was a win for me. Pierce Brown definitely has a bright future ahead with Darrow and with this series, and I can't wait to read Golden Son.
Tweet 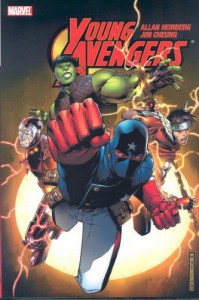 I finally read what all the hype was about regarding this series, and I was more than impressed. Well written, fantastically drawn, and not at all following the contrite behavior normally associated with some "young" superheroes, I look forward to more regarding the Young Avengers.
Tweet 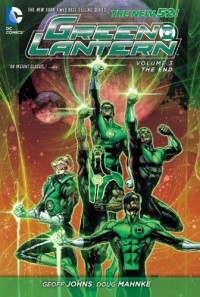 An amazing end to a great run. Thank you, Geoff Johns.
Tweet 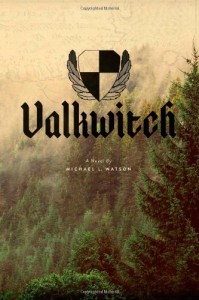 This novel was very well written, proceeds through the plot at a good pace, and has a, for lack of a better descriptor, non-annoying female protagonist. The vast world develops well in Watson's hands, with just enough description to paint a clear, precise, and illuminating picture, but without boring the reader. I can't wait for the rest of this series.
Tweet 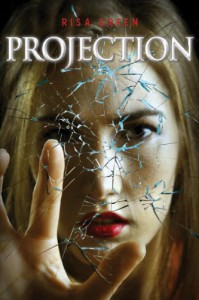 It was very well written, and decently tied together in the end. I would have liked for a bit more exploration of the limits of the Plontinus ability, and maybe a slightly crazier twist ending. But overall, a good, engaging, interesting read.
Tweet 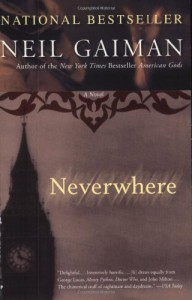 Neil Gaiman never fails to disappoint. This is a quirky, crazy adventure that I would have loved to have seen turned into multiple books.
Tweet